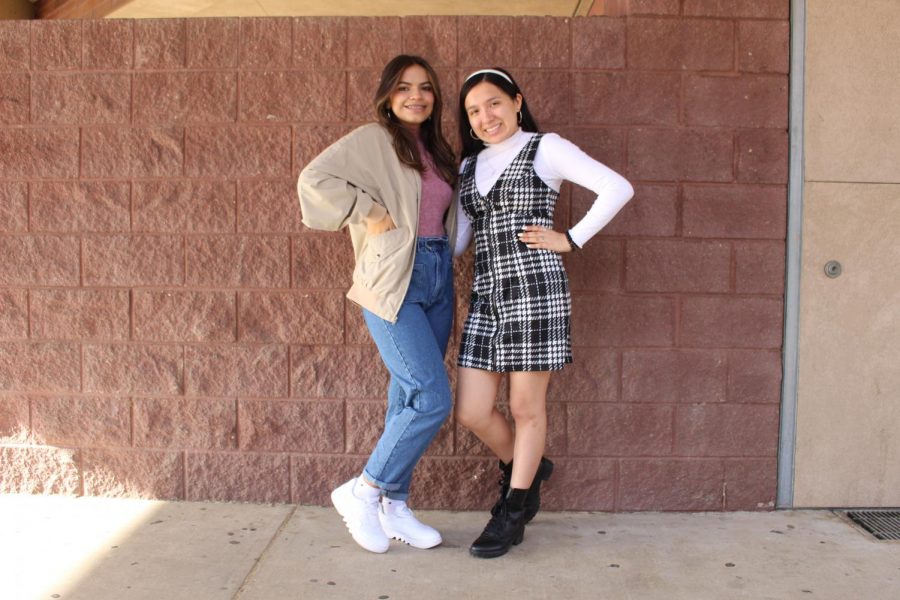 Fashion is more than having white bulky shoes and style is more than just throwing on jeans and a shirt. Both are big forms of self expression today.

Many teenagers today have a hard time expressing themselves, so many turn to fashion to help them. A person’s style gives people an idea of who they are as a person and gives many young people a sense of individuality and empowerment. With the importance of self expression through how you dress in mind, Junior Kayla Rojas says, “I express myself in the way I dress because it’s an amazing outlet to show my creativity that can’t show on the daily.”

Fashion sense goes a long way in our school. Many of our own students create their own style by pulling inspiration from social media which consists of fashion inspiration from many different places. Senior Clarissa Mora says, “For the longest time I was really inspired by the Harajuku style but it kinda moved towards street wear and how that has become a bigger thing here.” Since then her style has been a combination of street wear fashion in Japan and here in the United States.

Senior Hector Cabrera, who also gets his fashion inspiration from social media admires the Western style the most with their cowboy boots and belt buckles. Other students, such as senior Athena’s Guerra and junior Isabel Ferman Nunez, pull their fashion inspiration from the internet and or Youtube, which are both other big infinite platforms to find inspiration on. Guerra says, “I like looking online like old vintage photos. I also like looking at specifically the 70s. I like the aesthetic in the 70s but just like certain aspects, not the whole thing. ” This is a big source of inspiration for her while Nunez’s is quite similar saying, “I get my fashion inspiration from tv shows such as Friends, That 70’s Show, and youtubers like Bestdressed, Alexasunshine83, and Haley’s Corner.” They both admire Ashley from Bestdressed the most though, following her vintage, minimalist style.

Since now we know where students get their fashion inspiration, what inspires students to form their own style? When asked about what inspired her fashion sense now, Senior Ashly Saldana says, “I think visiting New York and London really inspired me because of their street wear.” This says a lot about the fashion icon she admires a lot, which is Harry Styles. This also says a lot about the influence fashion capitals all over the world have on youth today. Nunez admires Japanese street wear fashion like Mora including European and New York street wear like Saldana. Other students like senior Lisa Nguyen takes in heart the kawaii, Harajuku style as her outfits really stand out with the pastel colors contrasting with the dark black colors on her clothes.

Students in our school influenced by fashion today expressed more positive feelings. Many of them do feel that sense of empowerment and comfort mentioned in the beginning when dressing for themselves. Senior Ryan Catuiza says, “I feel like I do it more for myself than I do for other people. It’s like that look good, feel good feeling … When you have a bummy outfit you kinda know that you have a bummy outfit, so you walk throughout the day and it brings you down a bit. It’s like having a nice outfit kinda lightens up the mood.” Guerra agrees with Catuiza’s statement adding on how it makes you look forward to going to school. Nunez says, “I feel that expressing yourself through fashion is extremely important to one’s confidence and self esteem. Personally when I wear an outfit I’m proud of I feel so happy and I actually like myself for a second.”

Many students like junior Tyler Le and freshman Leyah Casteel believe dressing the way they wanted made them more comfortable with themselves too, and they enjoy it.

Students today have the right to express themselves in how they dress. Gaining that feeling of individuality is what makes young youths in the world feel like they belong somewhere and know themselves. Mora says, “It gives me confidence and a sense of identity, like I know what I want to put out there and what makes me feel good.” When asked about what advice they could give another person that wants to form their own kind of style, Le says, “Just wear what you want, as long as you are confident in what you wear … I feel like it’s more in how you wear it than what you’re wearing.”