Taking Her Skills to Howard University 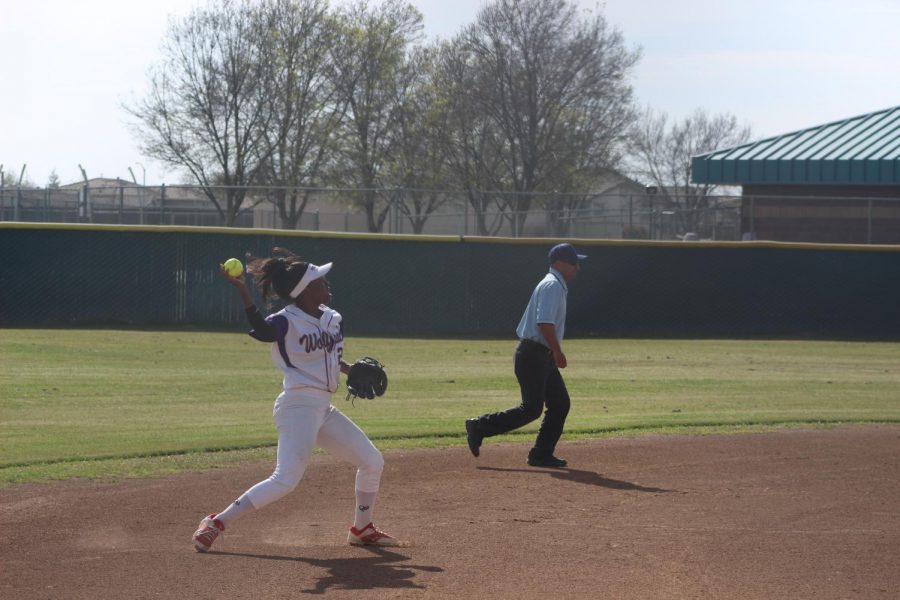 The saying goes that hard work pays off, and senior Te’la Beard is a shining example of it. After nine years of being dedicated to the game, Beard has been granted a full ride softball scholarship to Howard University in Washington D.C. Beard, who plays shortstop, was motivated to play softball by her father and her grandpa.
Beard’s tenacity not only got her into one of the nation’s highest ranked HBCUs, but also led to multiple awards. Throughout her time playing the sport, Beard has been awarded Rookie of the Year and First team all-defensive second team. Her hard work has even allowed her to play softball in Colorado, which is one of her favorite moments.
Despite already being a talented player, Beard hopes to improve on her leadership skills and wants to work on giving it her all, all the time. Beard makes sure to help her teammates make adjustments so that they can play their best as well. Being as advanced as she is has brought some challenges, one of them being that the pitches tend to be too slow for her.
Beard may be nervous about going to college, but she is still excited for the challenge ahead. Although she is not sure whether she wants to major in engineering, sports medicine, or broadcasting, Beard does know that she is looking forward to exploring the city of Washington D.C. and seeing the world. When asked what she will miss the most about high school softball, Beard says she will miss teammate Seidy Morua as well as the pizza that the team gets.
Varsity softball coach Jerry Dumatrait had nothing but positive words for the talented senior. In his fourteen years of coaching softball at Ridgeview, ´Beard has been the best softball player he has had´. Dumatrait said that since freshman year, Beard has made improvements. ¨She’s opened up more, he said, she was real quiet her freshman and sophomore year, she was always a leader but shes a more vocal leader now.¨ During practice, Beard is ¨the same at practice as she is in the game. She practices hard, she plays hard… ¨Dumatrait said. When asked about Beard’s strengths on the field, he said, ¨… she plays great defense, offensively shes really good, she just does everything really well.¨ However, the only thing Dumatrait says she needs to work on is, ¨Being a little more patient at the play.¨ His advice to Beard is to ¨keep going and working hard.¨ One thing he will miss most about Beard is her outstanding leadership.