The Pack is Lending a hand in Charity 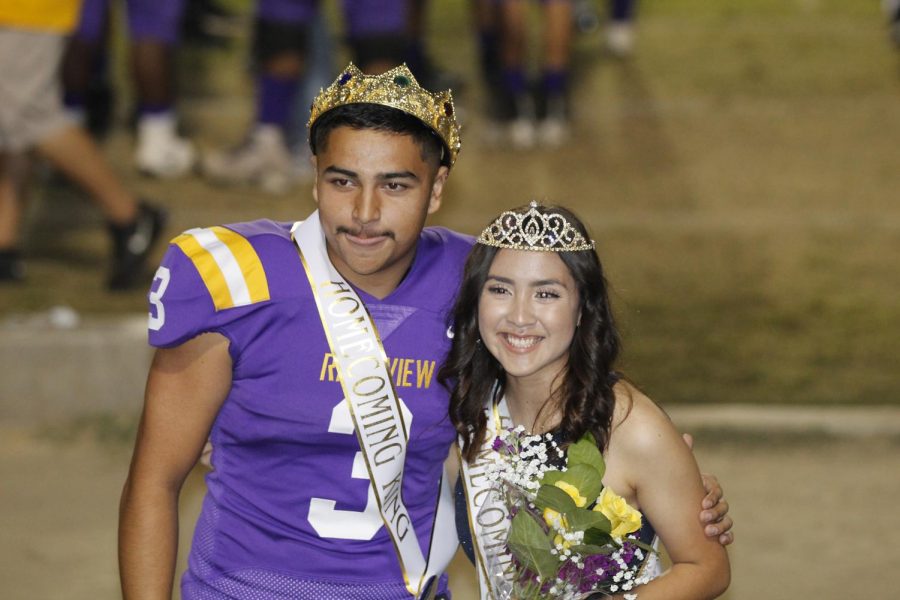 Fabien Guillen and Luz Mendoza were announced as Homecoming Queen and King.

It’s October and you know what that means? It’s that time of the year again! Homecoming! A fun event where everyone can participate in and be the next Homecoming royalty!
For royalty, there was an application that had to be filled out. In the application, students had to get a couple of teachers to nominate them. For this year, Ridgeview’s activities director, Jose Valadez, states that, “One thing we promoted is for people to run as a couple”. Basically, in this type of voting system people run for royalty together, but students got to vote for each person separately.
For this year’s Homecoming theme, it revolves around a certain cause where each class is going to do a different charity. For example, the juniors chose the Make A Wish foundation and the seniors focused on supporting the oceans. The reason for the particular theme this year is because the main goal was to raise money to donate to charity throughout Homecoming week. It was open to all students and class officers were in charge of running it.
The Homecoming game this year was against Golden Valley on October 4 and the Homecoming Royalty Queens were Luz Mendoza, Briana Ontiveros, Lucero Rojas, and Thalia Shepperd. The Shining Armor Kings were Sebastian Amador, Payton Fox, Gerald de Jesus, and Fabian Guillen.
Each happy couple was escorted with a dog that was auctioned off during halftime. According to Wolfpack officials the dog auction was a success. Homecoming royalty winners were announced as Luz Mendoza and Fabian Guillen. The Ridgeview Pack brought home the win against Golden Valley 50-18. The charities benefited from the Pack generosity and the game was a huge success