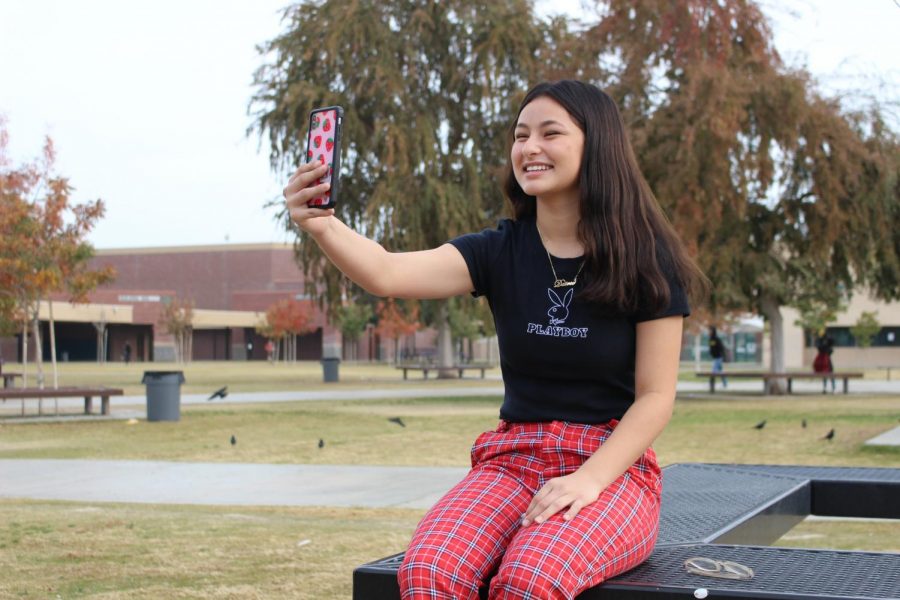 Have you ever wondered what it would be like to be Youtube famous? Well that is a reality for Ridgeview High’s, Desiree Machado. Sophomore Desiree Machado, also known as Dez Machado, is a well known Youtuber as she has successfully reached one million subscribers on Youtube and still has one million until today.
Machado has worked long and hard on her social media platform. Before coming to Ridgeview, she actually started her Youtube channel back when she was in fifth grade and received a new cell phone. She had a high interest in recording videos and started a Youtube
channel for fun. Machado started out small like any big Youtuber and initially tried to keep her Youtube channel on the low. When asked if she was embarrassed to be open about her youtube channel she said, “Yeah, I changed my name so it wasn’t spelled right, so people couldn’t find me, but people found me anyways so I just changed it back.” Machado didn’t realize her platform was growing until eighth grade. Then in freshman year of high school her platform grew majorly and she started thinking about maybe actually pursuing being Youtube famous.
Of course with having a large platform on Youtube, hate is something that is unavoidable. Machado had her own share of hate comments herself. She says that she has received hate both online and at school. Machado is a very open youtuber and talks about her first times, relationships, and problems she has going on in her life. A lot of people give her hate about the things she talks about publically. She is so open about her life on Youtube and on her other social media platforms like Instagram which has caused some people to spread gossip and start controversies that involved Machado.

She has received gossip about relationships she had in the past, one of the most known being about her and her ex-boyfriend who she states in videos she had a toxic relationship with, and also about disagreements she has had with other Youtubers. Those were just gossip though and aren’t like the controversy she was involved in when she went public about her trying to smoke for the first time on an instagram live (disclaimer: smoking isn’t the best and isn’t recommended). She made it clear in the video that she only tried it once and didn’t continue smoking after that because her parents grounded her for it, but many people had controversial responses about her experience.
Despite the hate she received from people, she was happy to say that she has received a lot of love from others as well. She has a large fanbase that is growing by the minute not only on Youtube, but also on Twitter and Instagram. When asked about the best comments she has received as a Youtuber she states, “It’s just people saying that I inspire them and that they want to do Youtube themselves, and it is because of me. I like those comments.” Some young youtubers that look up to her even do videos inspired by her as well. She also talked about all the support she has not only from her fans, but from her family and friends too. Machado says that her parents are very supportive and states, “My friends think it’s cool. I have the same friends I did even before I started.”
Would she do anything differently if she could go back to her beginning days as a youtuber, Machado was happy to express that she had no regrets and wouldn’t change anything. She believes she went a pretty good route starting her channel. The advice Machado gives to beginning Youtubers is, “Be creative. Be different. Don’t blend in since there is going to be too many of the same people. Just be different.”