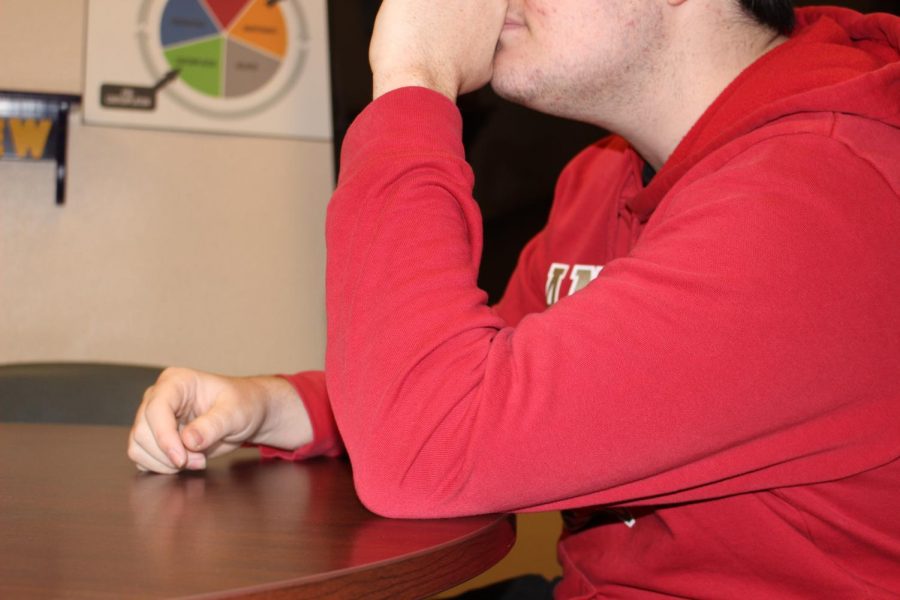 Grimm Gingras stares off into the distance as he recalls his past. 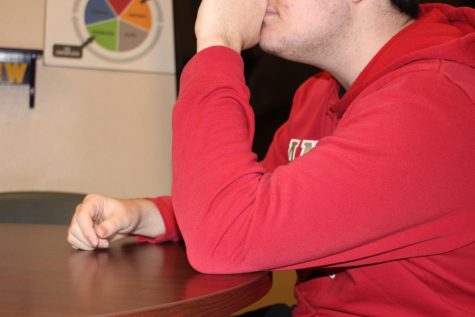 Passion leads life, gives everything meaning and a reason to strive for success. Life’s hardships can make reaching for the stars harder than it seems.  Grimm Gingras has a dream involving his love for acting and being himself. The issue with this dream is that it can be an overhead cloud for families without the right resources, making everything surrounding it tough. Expectations grow and practice costs more money, this can lead to burning out, and worse falling from this cloud if the resources are lost.

Gingras wants to keep going and stop doubting himself but that can be a tough fight if no one is there to help. Usually Gingras isn’t known for someone to speak on his problems, he is the class clown using self-deprecating jokes and dark humor. Some hear his jokes within the first interaction, but for some this helps him become more approachable. His light and friendly spirit makes him a great person to talk to, and his jokes shows the fight he is going through and that he can still see the positive side.

Gingras’ grandpa was his number one fan and supporter with his acting dream. Without him knowing his grandpa loaned his family money for his acting lessons. A year after his passing, Gingras learned the support his grandpa was giving him behind the curtains, giving his dream more meaning and more drive for pursuing it. Other than his grandpa’s belief, his family has high expectations for him, his father jokingly, “there’s only two ways I can see you, famous or living in your mom’s basement,” but Gingras admitted that he sees his life the same way. He believes he will either succeed greatly or not making it anywhere, with this thought weighing him down this can make his motivation and drive die out from all the worry.

Bullying has played a part in his past causing him current problems of anxious thoughts and constantly worrying about his self-worth. Gingras can recall being bullied for his weight since second grade. He is afraid of what people might think of him and who he is. Everyone can have a different image of him, but he hopes it’s a positive one and not one involving him as a negative person.

Gingras knows the pressure life can set on your shoulders, “when you’re good at something, you can’t pull away and people will make you continue to show your talent”. Since he showed how skilled he was with drama and acting, it has been expected of him. It has made him begin to constantly debate his self-worth and use self-deprecating humor to cover up and get past the pain life and family has given him. He tries his hardest although all that life brings, continuing to get past the lingering self-doubt and keep going.

He believes in peace and not bringing any hate to any type of person and hopes people will see him as a kind person. “I am afraid of what people will think and how everyone will have a different image, I want to avoid being defined in only one way,” Grimm is his own unique character, and anyone who gives him the chance to be noticed can see.

As a junior at Ridgeview, he continues to try his hardest through the way his mind betrays him and gain a better life for himself where he can follow his dreams and make his grandpa proud.